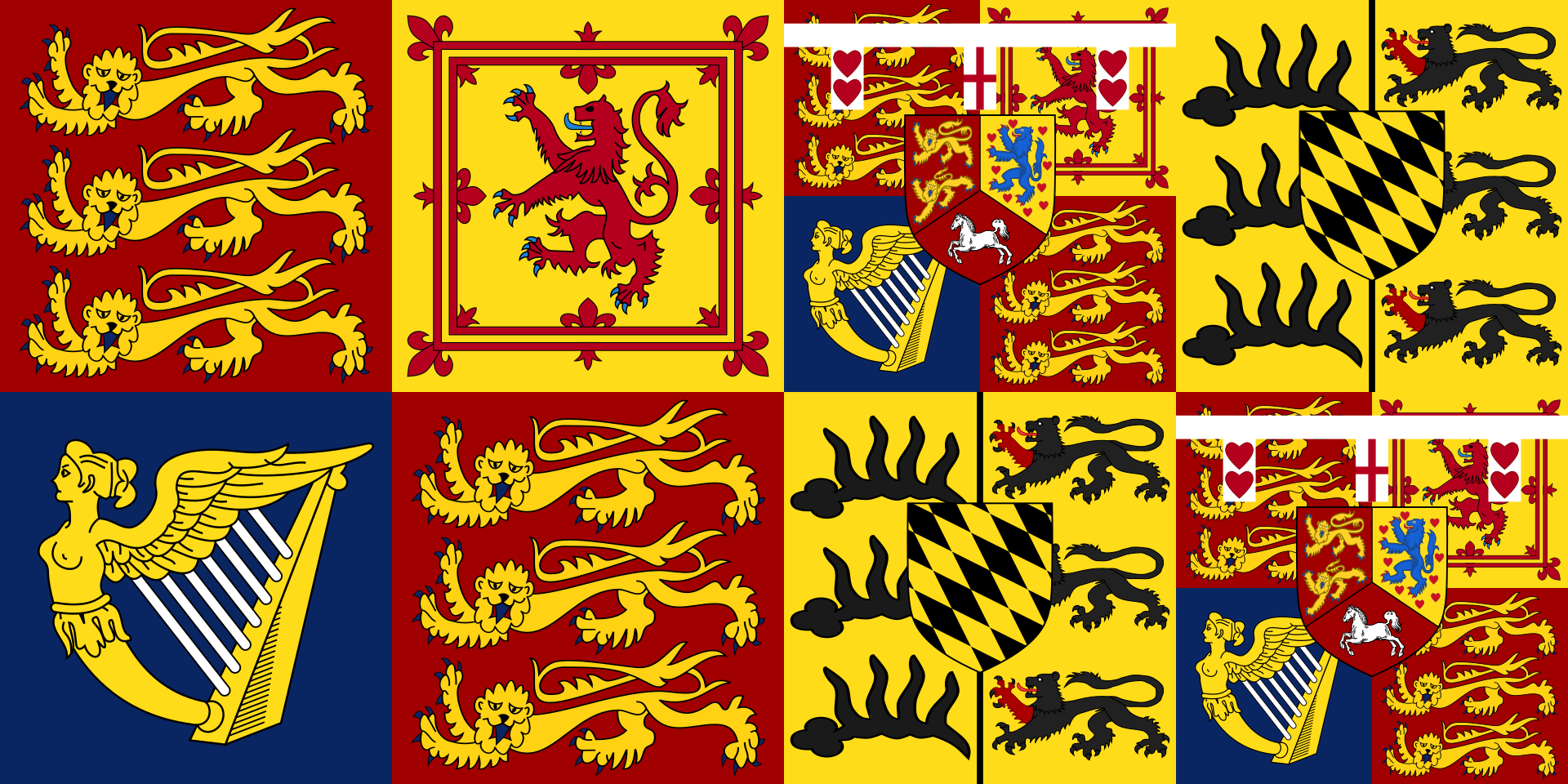 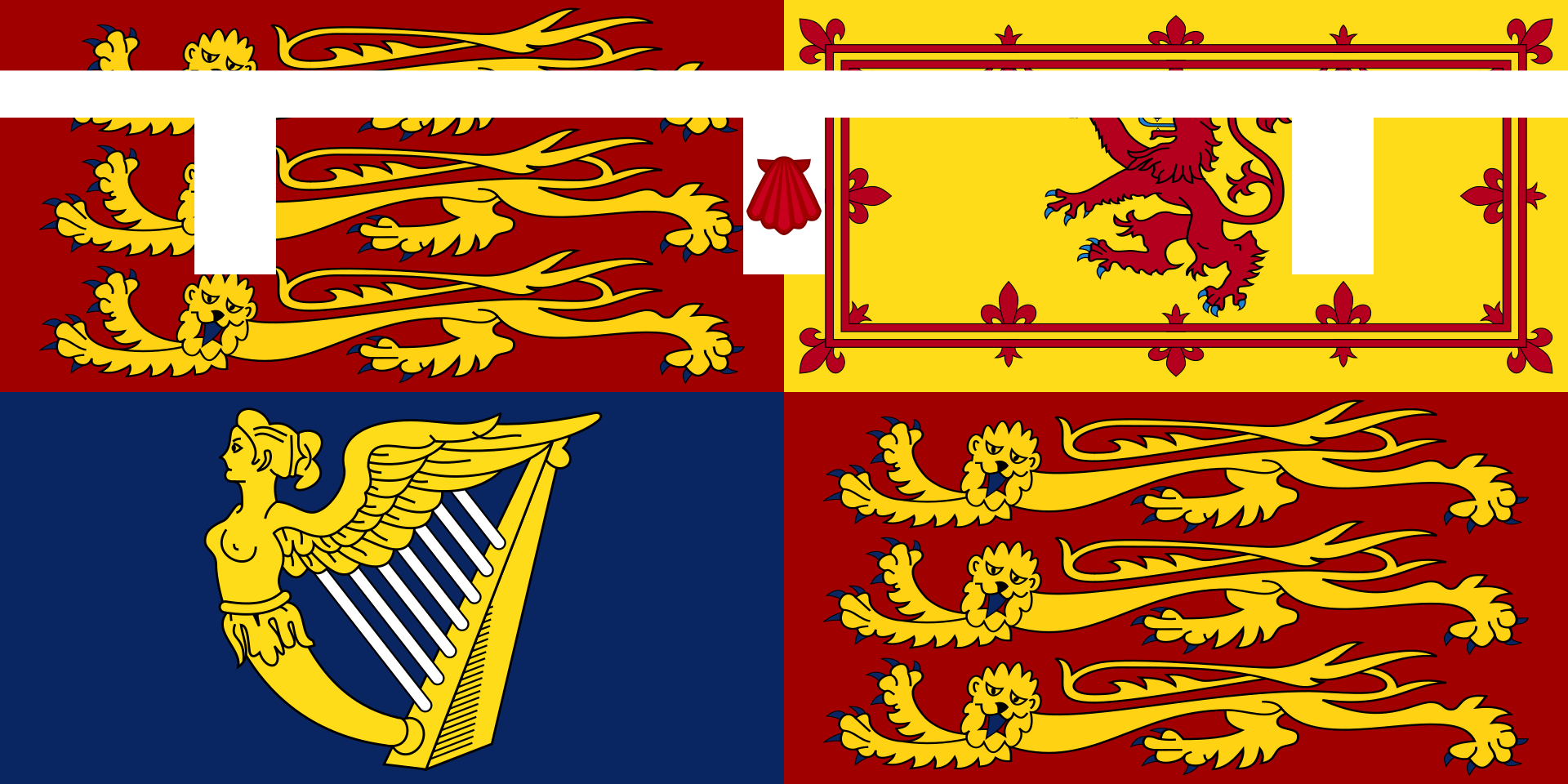 The Royal Standards of the United Kingdom are used by the reigning British royal family to signify their sovereignty. There are actually two versions of this banner currently being used. One is for England, Wales, Northern Ireland and Britain’s various overseas territories. The other is used exclusively in Scotland. 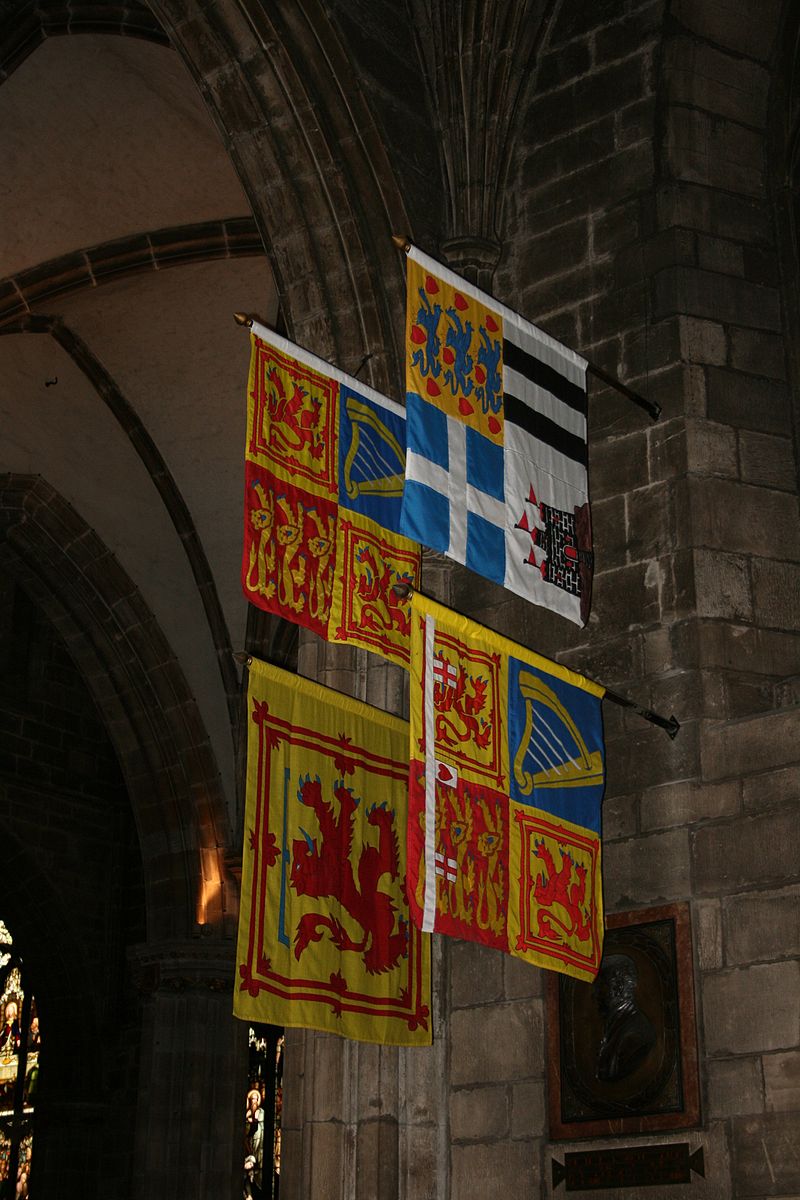 Even though these flags are known as a standard, they are technically a banner of arms. This is because they contain an image of the Royal Arms shield. Queen Elizabeth II has had several personal flags designed since the 1960s. Each of these has been based around the Royal Standards.

When the Queen is residing in one of her royal palaces, the Standard is usually flown to let the public know that she is in residence. It can also be flown on the top of any buildings which she visits, including private and public ones. At the State Opening of Parliament, the Royal Standard always replaces the Union Jack. Westminster Abbey is the only religious building permitted to display this flag even when the monarch is not inside it. This banner has also become popular in British pubs.