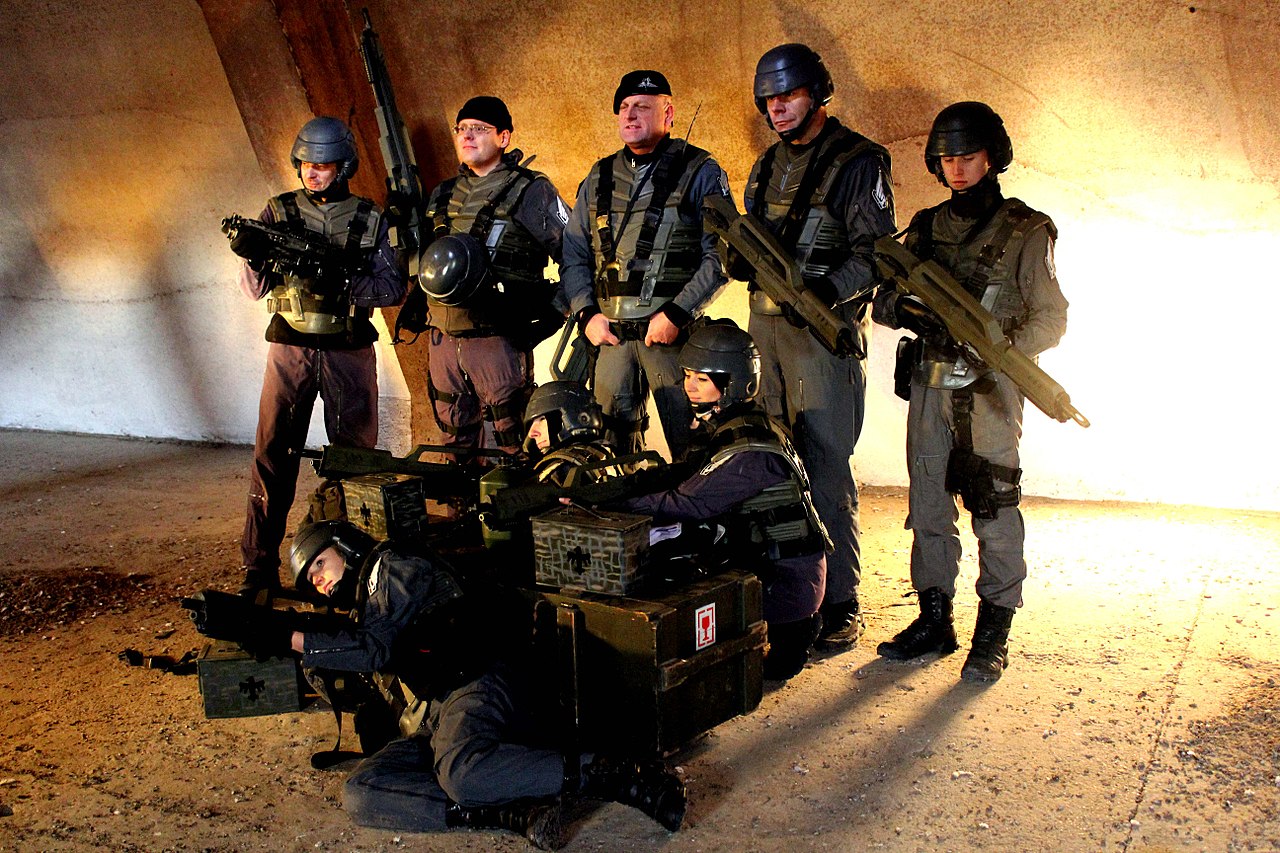 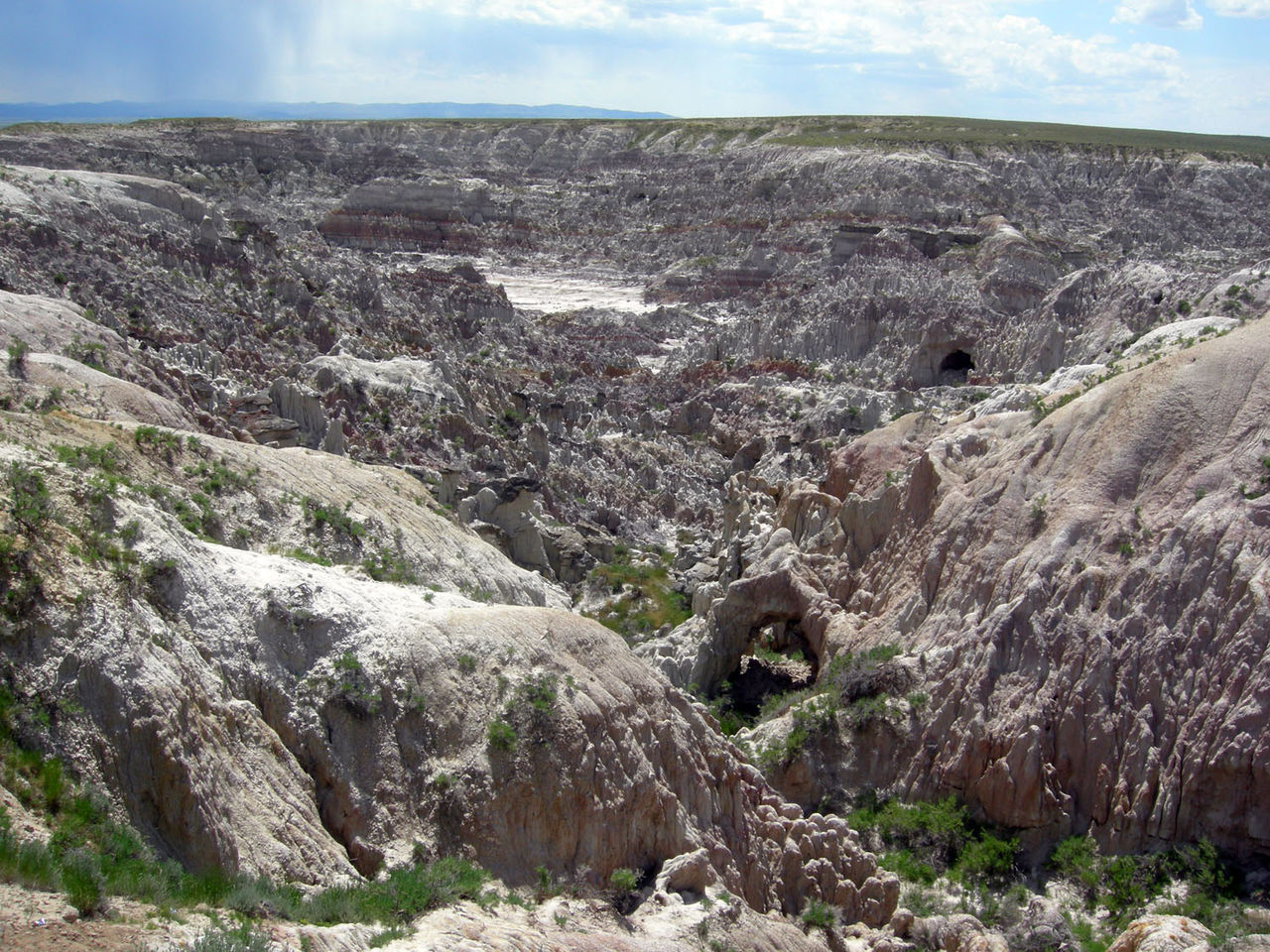 Starship Troopers is a science fiction action film where human soldiers wage war against alien arachnids. Throughout the movie, viewers get to see pieces of propaganda which advertise the importance of enlisting in the armed forces to fight this extraterrestrial threat.

There are two branches of the military. One is Fleet, which transports humans across the galaxy in spaceships. The other is Mobile Infantry, which lands on far off planets and does the physical fighting. The flag for Fleet is not clearly visible in the film. However, the flag for Mobile Infantry can be seen at the very start.

The flag looks rather aggressive, with 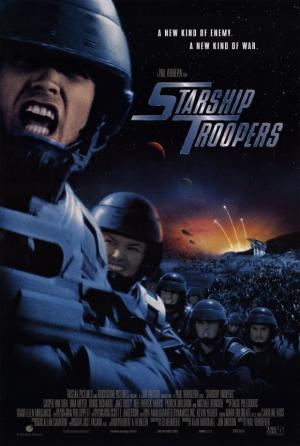 lightning shapes as well as an orange and red colour scheme. Several articles by news sites such as the Guardian have pointed out that the humans in Starship Troopers might actually be the real villains. The government in the story appears to be totalitarian. This would explain the eagle which dominates the Mobile Infantry flag.

There is another, a nearly identical flag, which is used to represent federal service. It is draped over the coffin of one trooper who is killed in action. The only difference between this and the Mobile Infantry flag is that the orange and red are replaced by green and blue.