Look-Alike Flags Around the World and What They Share 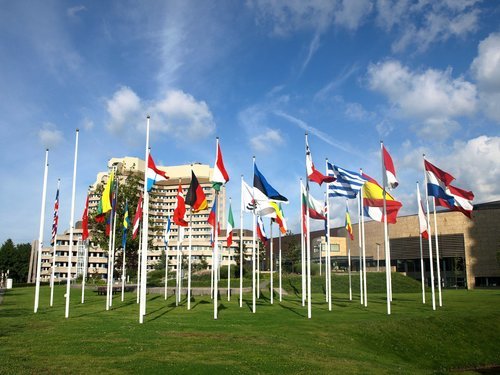 You may have noticed two flags that closely resemble each other but represent different countries. It can be an interesting starting point when trying to understand relations and similarities between nations. However, you will find that, sometimes, these flags are inspired by totally different things and carry different meanings. Here’s a look at some similar flags around the world:

These two countries’ history is closely linked with the British, and this shows in their predominantly blue flags. The Union Jack appears at the top left-hand corner of both flags, making them easy to confuse from afar. However, a closer look will reveal some clear differences. The Australia flag has six seven-pointed stars of different sizes, white in colour. The New Zealand one has four five-pointed stars, red and white in colour.

These two flags have a simple design that entails three vertical stripes in the colours green, orange and white. The only difference is the sequence of these colours on the flag. Starting from the side closest to the pole (hoist side), the Ivorian flag is orange, white, and green. The Irish flag is green, white, and orange.

Luxembourg and The Netherlands

There is almost nothing to separate these two flags. Both use red, white and blue stripes with the same arrangement from top to bottom. There is a slight variation in their shades of blue, however. Despite these similarities, there is no relationship between the inspirations of the two flags. Actually, it is the French flag that borrowed from the Dutch flag but arranged its stripes vertically. Dimensionally, the Luxembourg flag is slightly longer than the Dutch one.

Despite being continents apart, these two countries are the most closely resembled in the world. The two flags have blue, yellow, and red stripes arranged vertically in the same order. They are of almost the same size and have a very slight difference in shades that needs very close attention to notice.